Dani was classically trained in music since elementary school, and through that developed a good ear for sound. She understands the importance of listening, not just to music but to each other. From 2006-2012 she hosted, wrote, and produced a current events podcast called Truth Seekers. Connecting with the online community also led to voice-acting roles in audio dramas and books.

In 2007 she joined KWSS as the mid-day announcer. Since then she has also become the Promotions and Marketing manager for the station along with co-managing daily operations. Today she hosts the morning show every weekday from 6am-10am MST, and a 70-90’s “retro” music hour called Dani’s Diner weekdays at Noon MST. You will often find her at a local music show around town, just look for the KWSS Tshirt! 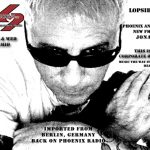 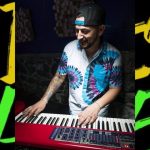 Ciro Giorgio, defined as “the ambassador of Italian culture,” He continues to